The uncanny valley hypothesis says that as a robot’s appearance becomes more and more humanlike, our affinity for it increases, but only up to a certain point. When a robot looks almost exactly like a human but not quite, our acceptance of it decreases dramatically and we experience revulsion. 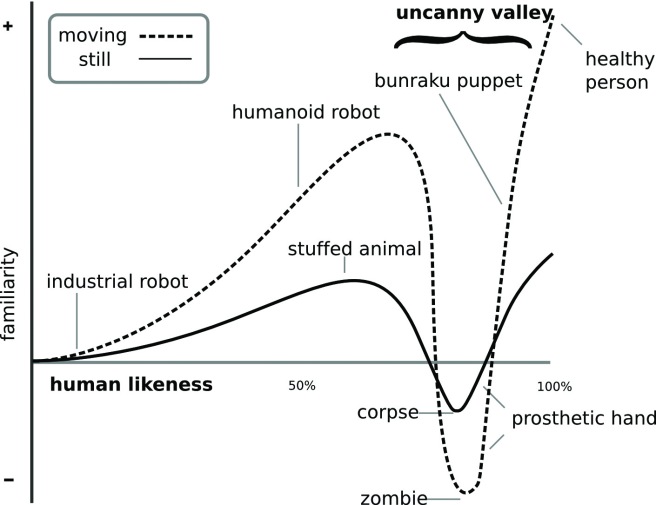 While trying to get my toddler to accept new foods, I realized that there is an uncanny valley effect in toddler feeding: as a new food increases in resemblance to a food she already likes, her acceptance of it increases, up to a certain point. If a new food looks too similar to a food she likes, she reacts with revulsion.

For example, compare different forms of chicken to the toddler’s favorite food, chicken nuggets (breaded and processed, and preferably shaped like dinosaurs). The presence of ketchup exaggerates the uncanny valley, because being served with ketchup is an essential feature of chicken nuggets.

The uncanny valley can be counteracted by cutting the chicken into a different shape or size, or serving it with a different sauce. But beware alfredo sauce that bears an uncanny resemblance to ranch dressing.

Hi, I’m Alice. I’m a reluctant stay-at-home mom of two young kids. The two things I love most in the world are my family and ideas that have no practical value. Read more.

What is an INTP?

INTP is one of the sixteen Myers-Briggs personality types and the least common type among women. Read this post for a primer on Myers-Briggs.

There was an error retrieving images from Instagram. An attempt will be remade in a few minutes.